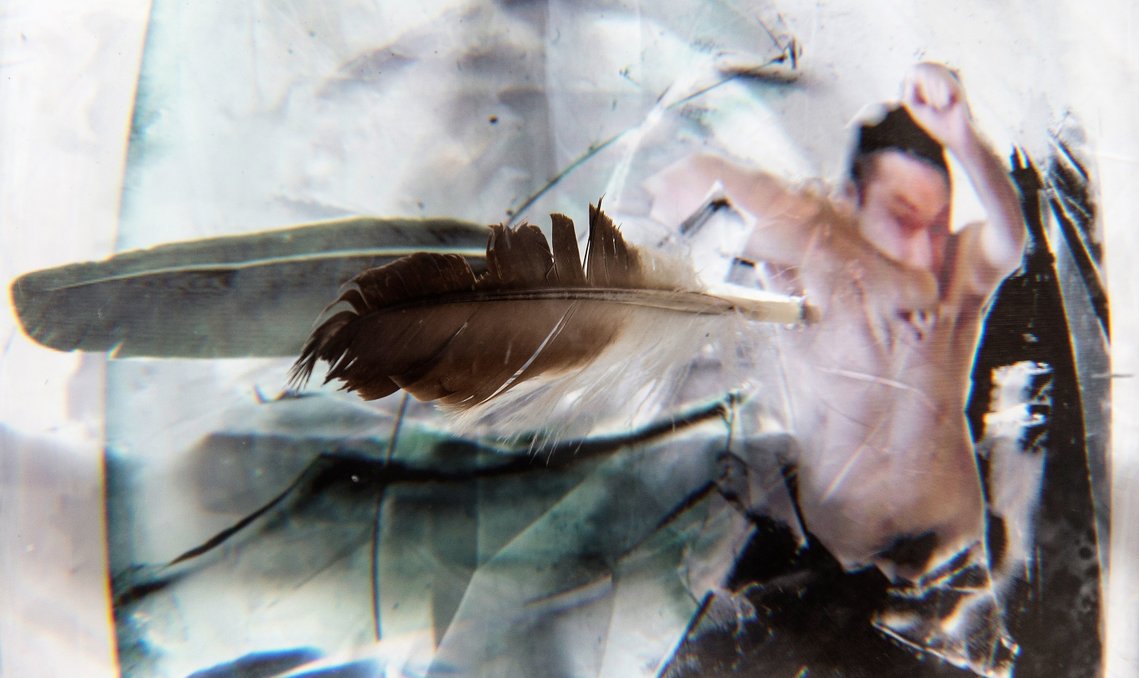 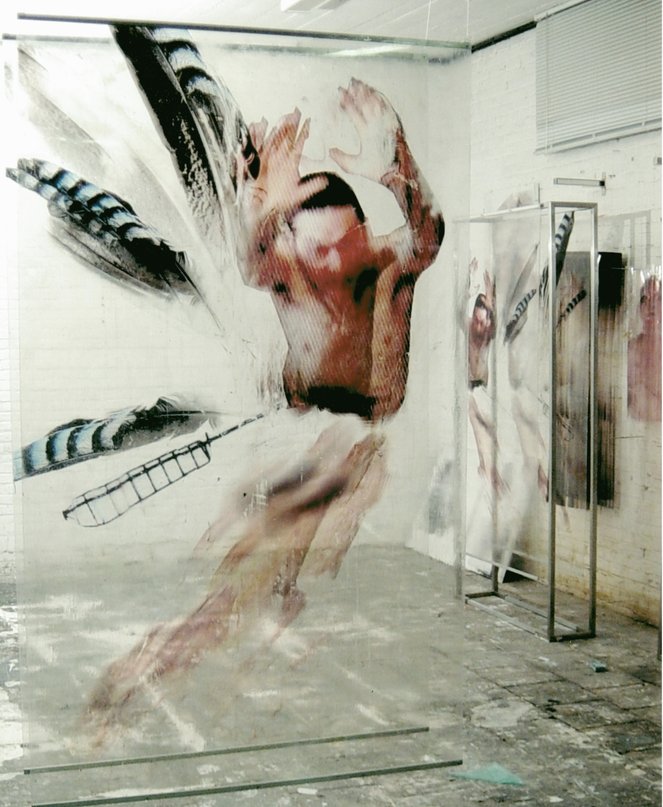 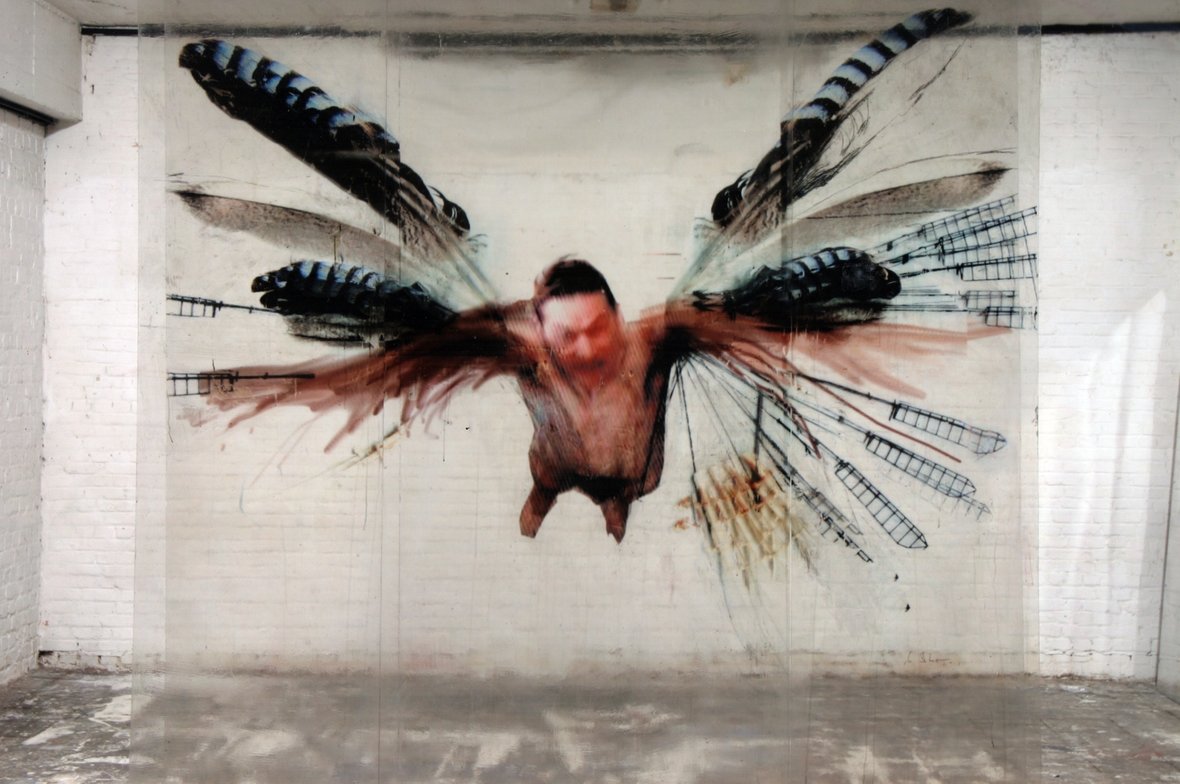 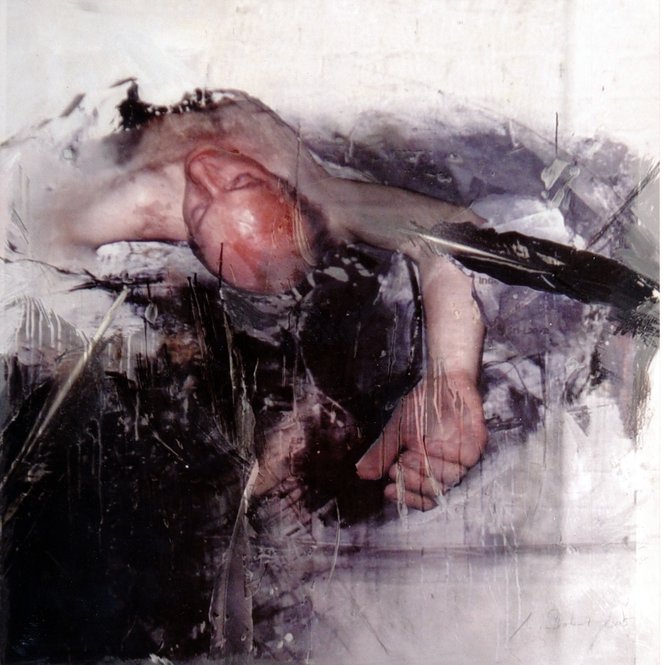 With wings of glass

The confrontation with the unknown, pushing the boundaries, exploring spaces and finding the courage to try something new are all aspects which artists encounter every day. Social constraints and freedom, tradition and contemporary context, reality and fiction are contradictions and as such, part of this situation, just like the ongoing effort to overcome this within the scope of artistic discourse and the fragility of this constellation reflected in the constant possibility of failure. The myth of Daedalus has always held a place in the creative repertoire of art. According to the legend, the ancient artist and brilliant inventor Daedalus constructed wings for himself and his son Icarus, consisting of feathers and wax, so that they could escape the labyrinth he designed; however, this ultimately ends up costing his son’s life. Icarus flew too high and was too close to the sun, thus melting the wax holding the wings together, causing him to crash into the ocean. Although depending on the artistic intention, the focus of the depiction can be on various aspects – failure as well as experiencing open space or escaping earthly shackles. Therefore, visual artists such as Leonardo da Vinci, also a well-known builder, Hendrik Goltzius, Wladimir Tatlin or Henri Matisse have taken different approaches to flying, in an attempt to address the topic of Icarus within the context of their own artwork. In his famous art book bearing the title of Jazz, Matisse shares the story of his first flight in the passage about the aircraft. He uses this platform to express his delighted and disconcerted emotions, by recalling his earthly worries and tribulations, which simply vanish into thin air. His text is accompanied by a depiction of a floating Icarus. Delighted about this experience, he ends the text by calling upon everyone to give young people the chance to board a plane and embark on a great journey following completion of their studies. Due to our experience with the pandemic, all of us are acutely aware of how difficult it is not to have the option of escaping the increasing complexity of day-to-day life, even just for a few days. Literature addresses the topic of flying over the centuries, even in unexpected places, as does the Renaissance poet Pierre de Ronsard in his amorous poetry. Or the Swiss author Eveline Hasler, whose historical novel Flying with wings of wax traces the failed ambitions of the first female lawyer in the German-speaking region, thus transporting the significance of Icarus into a modern female context. While the songwriter Reinhard Mey, for his part, uses the chanson Über den Wolken muss die Freiheit wohl grenzenlos sein (Above the clouds, freedom must be limitless) to express an entire post-war generation’s longing for lightness.

Long before we boarded an aircraft or were even able to fly our own kites through the air, and lifting off into boundless space with all its desires and dangers even became an option for us, flying with the Icarus myth had already become an allegory for the reality of life. However, the ancient myth remains contemporary not only due to technical development or social change, but rather also because the complexity of mythical tales allows for adaptation in keeping with the respective time and the corresponding circumstances – for artists and observers alike. Ulrike Bolenz’s Icarus paintings appeal to us thanks to the human-sized depiction of her figures, which permits us to then meet them directly at eye level. The circumambulation of the flying figure in the installations and occasionally transparent priming of the acrylic glass surface (fig. ? 1) underscore this subtle correlation between the observers and the depiction and convey the physical experience of boundless space while flying. What’s more, the seemingly glass surface resonates the fragility of the situation, thus constantly harking back to the tale of Icarus.

For Ulrike Bolenz, flying also symbolizes artistic freedom – being able to slip away into your own personal imaginary world, taking off like what she refers to as an ‘ateliervogel’ (‘studio bird’) (fig. ? 2) and therefore artistically escaping the surrounding reality. Her paintings bearing the same name serve as her own interpretation of an artistic self-portrait. Moreover, her interaction with the Icarus topic, the artistic intensity of which and her photo-realistic portrayal of contemporary figures, impressively inspire us to ponder the fragile situation facing the people of our time and the role of art as a visual platform for inspiring discussions.